Home/News/Elementor Raises $15 Million, Plans to Invest in the Team, Product, and Community – WordPress Tavern
Previous Next

Elementor, which has quickly become one of the leading WordPress page builders and companies, announced Wednesday it raised $15 million in its first round of funding, led by Lightspeed Venture Partners. The investment round comes on the heels of the plugin surpassing four million active installations.

Founded in 2016, Yoni Luksenberg and Ariel Klikstein wanted to create a platform for web creators to drag and drop elements on a page to quickly build sites to their specifications. It took two years for the plugin to gather its first million users. Since then, the user base has continued to rapidly grow, adding an extra million users at an average rate of six months.

In the past 12 months, the plugin has deployed over 300 new features. It is also currently translated into 55 languages, an effort driven by its massive community.

“Elementor’s growth is a wonderful example of the power of community and open-source software,” said Tal Morgenstern, Partner at Lightspeed. “The founders set out to solve their own problems as web professionals and ended up with a global, highly-involved fan base that kept pushing and shaping the product from the very onset. Every single metric we looked at indicated an exceptionally strong market fit and we’re extremely happy to partner with this team for the next chapter of their journey.”

The next question is how the Elementor team will utilize this funding to grow their platform.

Growing the Elementor Team and Platform 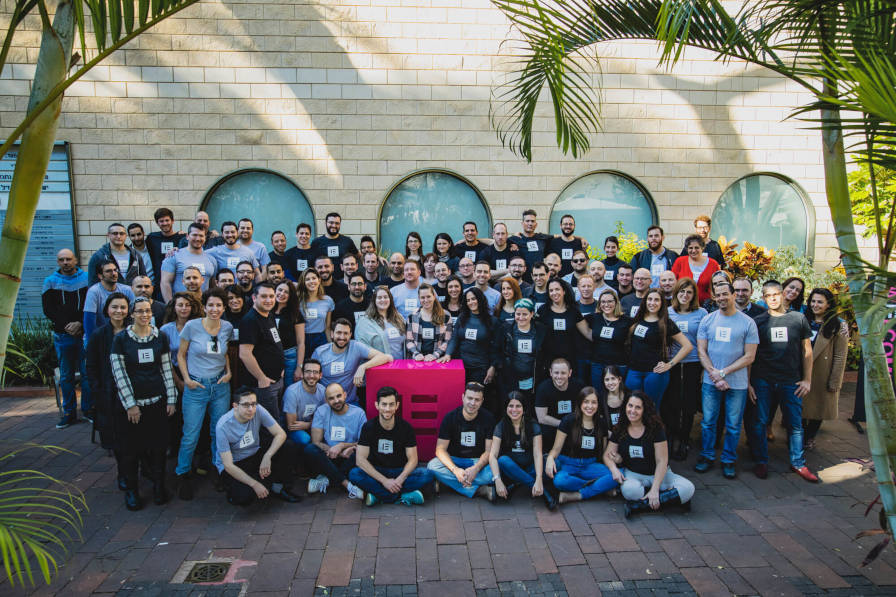 Elementor currently has 130 employees, called “Elementorists,” who are spread across 16 countries. The company plans to use some of its funding to grow its team by 50%. It may not be long before they are pushing the 200-employee mark.

The company will also use the funding to push the expansion of its global community. The team already has 500 meetups planned around the world in 2020.

“We plan to utilize the funding to improve all aspects of the product and community,” said Luksenberg. “That means further strengthening the infrastructure of our platform, developing more innovative features, investing in more community-enhancing efforts like WordCamp sponsorships and meetups, and building more integrations with WordPress and with other plugins. Basically, this allows us to continue with all the efforts already in progress but at a faster pace and at a larger scale.”

The Elementor team is set to push out new features and products at a much faster pace than before with the funding in place. Luksenberg was tight-lipped on the details. “We don’t want to ruin the surprise by revealing the features too soon,” he said. However, he promises that the company plans to set new web design and marketing standards while reducing “friction points” for web creators using Elementor.

One major question is where Elementor stands in terms of the block editor (Gutenberg). In one sense, they are competitors. However, the team also created the Elementor Blocks for Gutenberg plugin. While it only has 8,000 active installs, a drop in the bucket in comparison to their primary plugin, Luksenberg said the team has received positive feedback from users.

“We are constantly testing out new integrations with the goal of improving compatibility with Gutenberg,” said Luksenberg. “We believe in democratizing the editor so different WordPress users and different personas will have their editor of choice. This way, they can pick the editor that best fits their unique needs and preferences. This is the beauty of open source. There are endless ways to build a contact form: Contact Form 7, Gravity Forms, Jetpack Forms. Similarly, there are endless ways to build and design a web page. The users should have the option to choose their preferred method.”

Despite a couple of rumors floating around, the team has no plans to build a platform that is independent of core WordPress. The team’s work will be deeply entrenched into WordPress.

However, they are currently considering offering a SaaS (Software as a Service) solution around the Elementor platform. It is unclear what such a SaaS product will look like if it happens, but it could be a natural evolution of their business growth. It will certainly be interesting to keep an eye on and see where they take it. “As a growing company, now with funding, it’s important to keep our options open,” said Luksenberg.

Luksenberg hopes to see other companies in the WordPress ecosystem complete similar funding rounds and feels honored for his company to be in a position to lead the way. “It’s one small step for Elementor, one giant leap for the WordPress community,” he said.