One of the features that I have long wanted for WordPress has been on my mind lately. It is not a new idea, and it has been implemented in some form or fashion by plugin and theme authors in the past. However, it has never been standardized. WordPress needs featured images for more than just posts. It should support them for taxonomy terms (e.g., categories, tags) and users.

One month ago today, I participated in Round #13 of the FSE Outreach Program. It was the first time that the Gutenberg plugin allowed adding a new author template via the site editor (this is coming in WordPress 6.0). Author templates have always been supported if added via the theme, but users now have that power. The program called for volunteers to test this feature and some new author-related blocks.

As I always do when participating in the FSE Outreach testing calls, I tried to push the design limits of the editor. Much of the program focuses on the user experience, but I want to go beyond that and find those design-related pain points.

Ultimately, I settled on a design for my faux author template:

I added a Cover block as the backdrop for the author profile section at the top of the page. I liked the look of the mountains mixed in with the active theme design. The problem was that there was no way to personalize that for each user account. Sure, every user gets to select their own avatar and write their own bio, but there is no easy way to let them have their own featured image.

Technically, it is possible to do this by creating custom author-{$id}.html or author-{$username}.html templates and manually and uploading them to the theme’s /templates folder. For controlled environments, such as client builds with a set number of users/authors, it is a possibility. Even in those scenarios, it is a bit of a management headache. And it does not account for every other WordPress user who might want to do something similar.

In the classic era, the same issue existed. However, it was relatively simple to code for the front end in a PHP-based templating system. For block themes, most would need to create a custom block. The image upload form would be the same in both scenarios (handled on user profile and taxonomy term admin screens).

The trouble with custom blocks is they do not tap into the core blocks’ built-in features. For example, WordPress 6.0 will allow setting a Cover block’s background using the post featured image. In the long term, core will likely support this for other image-related blocks like Media & Text. Porting these same features over to third-party plugins does not make sense.

It also does not empower users who want to build such designs with WordPress. Nor does it provide theme authors with the tools to ship templates and patterns with unique layouts to the public.

While I have primarily focused on author templates, the same arguments stand for taxonomy term templates, such as categories and tags. For example, I built out a quick category template using a similar design as shown earlier: 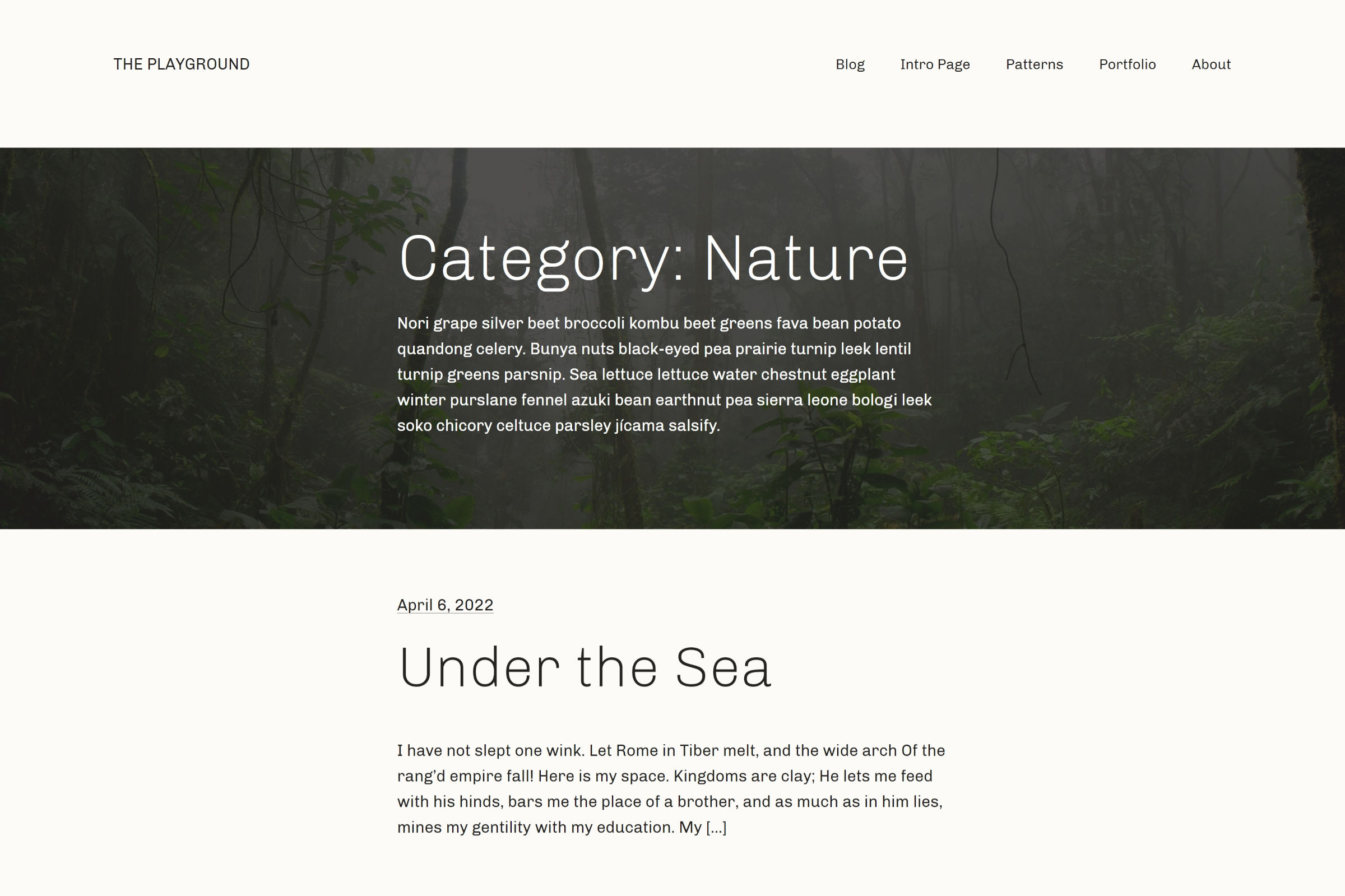 The image works well for my example Nature category but not so much for others. We need a way to dynamically display per-category images.

There is at least a solid plugin for taxonomy terms: WP Term Images. Perhaps I can convince John James Jacoby, the plugin’s author, to extend it to the block system.

After stewing on this for a month, I still did not know whether I could make a convincing argument for the feature other than I think this would be cool. I am unsure if there is enough demand for it. However, it is OK to dream about new things from time to time and share those ideas with others. So, this is me, dreaming out loud, hoping that one of the items from my wish list will land in WordPress one day.

What are some of the things you want to see?