Koji, a popular “link in bio” platform that provides apps to the creator economy, has launched a WordPress plugin for the block editor. The San Diego-based startup has raised $36.1M, most recently securing $20M in a funding round led by Jump Capital. Koji has attracted 150,000 users since its official launch in March 2021. It offers a way for creators on TikTok, Instagram, Twitch, and other social media platforms to monetize their followings.

“WordPress, along with the bloggers and creators it supports, is a cornerstone of the modern creator economy,” Koji CEO Dmitry Shapiro said. “This integration is a massive addition to the power and extensibility of WordPress, giving bloggers a frictionless and intuitive way to incorporate Koji mini apps in their content strategies.”

Although the plugin’s description page says that it allows users to “embed any Koji app,” it’s not explicit about how that looks on the frontend. The app store launches in an overlay where you select and customize the app. In testing the plugin, I found that when when you insert the app into your WordPress site, it just shows up as a black button that says “My Koji App.” You can customize the button’s color and text, but that’s about it. The button launches the app in a lightbox-style overlay on top of the page content. 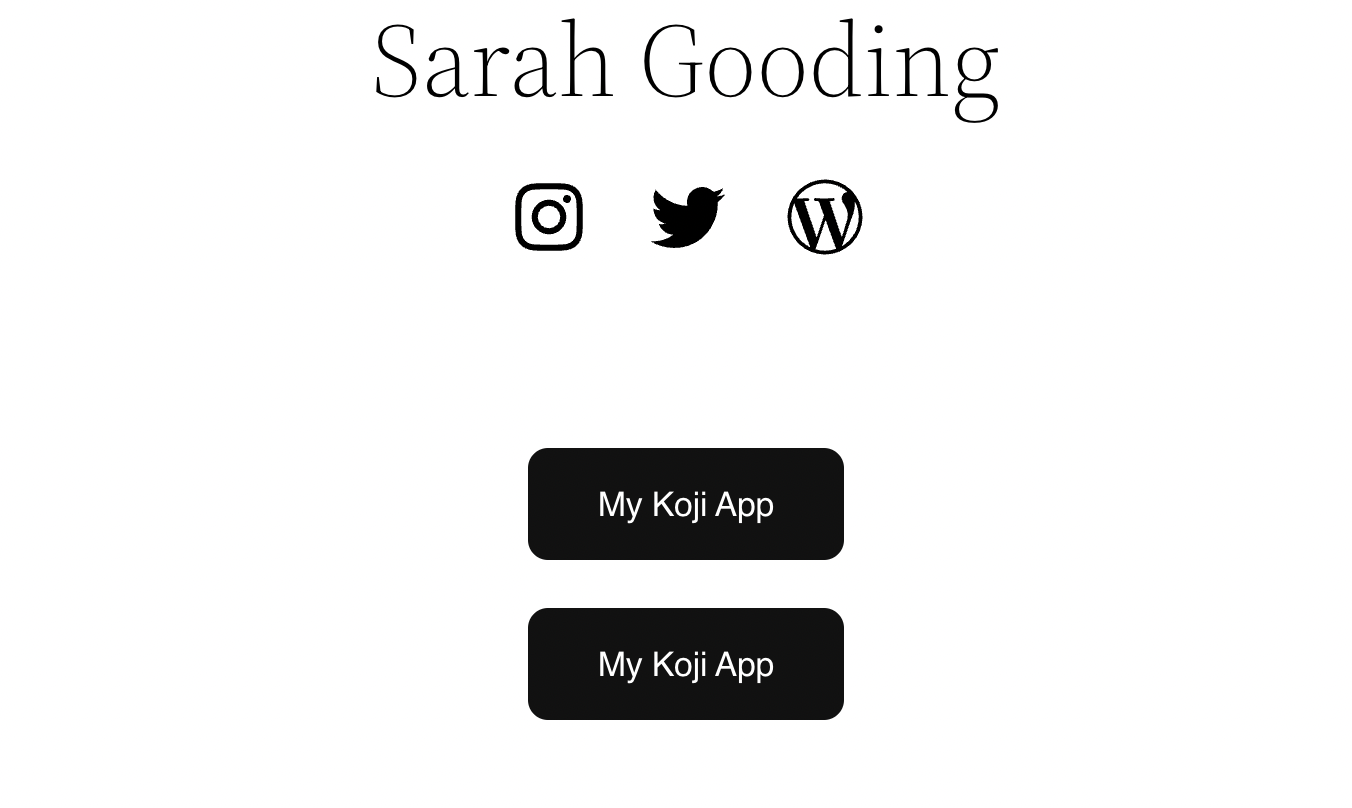 Koji App display on the frontend

The image above is a screenshot of two buttons that Koji inserted representing a Tip Jar app and an Ask Me Anything app. There is no way to differentiate the two besides editing the text.

The screenshots on the plugin’s details page show how the app is launched over the content, but it doesn’t show what users see on the page before they click the link. 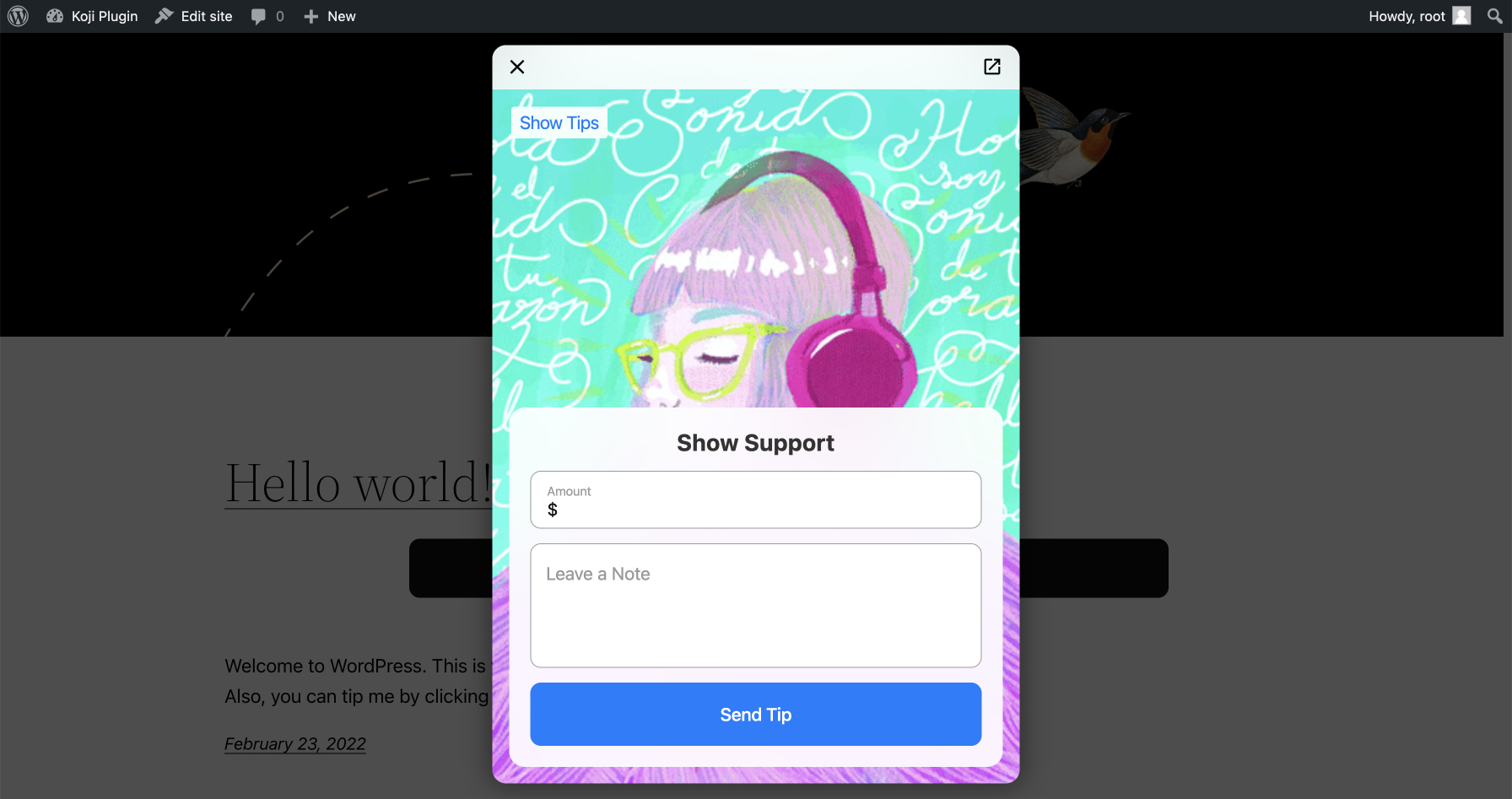 I was not particularly impressed with this first version of the plugin, as it seems to misrepresent what it actually does. The plugin places links in plain black buttons that will launch an iframe of the Koji app on the page. It doesn’t make much use of the block editor’s customization features, nor does it provide any kind of visual preview of the app on the page. Even a small thumbnail preview would be far superior to a plain black button.

The plugin says that embedding these apps allows users to “sell downloadable files, sell custom video requests like shoutouts and birthday greetings, embed games that can be played by visitors, and more.” It does make it possible for users to do these things in the iframe popup, but the plugin doesn’t provide any kind of preview for these apps that would compel a visitor to click on them.

The Koji Block plugin offers a nominal integration between the Koji platform and WordPress, but misses an opportunity to display visually appealing previews within content. For an app platform with hundreds of colorful, interactive apps, the plain black button method of displaying them is uninspiring.

Koji collects fees on apps with e-commerce capabilities. If you are looking to collect donations or sell products on your WordPress site, there are many more homegrown (and visually appealing) ways to do so. This plugin is best-suited to creators who are already heavily using the Koji platform and want a simple way to link to an app from WordPress.