The past two weeks have been blazing fast for Gutenberg plugin development. A total of 161 pull requests (patches) were merged into version 7.1 of the plugin. Over 20 bugs were squashed while the team added several enhancements, which include better multi-block selection, a new welcome modal, and drag-and-drop featured images.

The team refactored several areas of the codebase to prepare for future changes and make it possible to use new hooks. API changes include a new custom select control, text highlight, and custom gradient picker components for developers to use in their plugins.

The release also featured a toolbar button for switching between “edit” and “select” mode. The select mode allows you to select blocks without opening the editing controls unless you click again within a block, which switches you back to editing mode. The only noticeable difference is that the editing controls do not appear while in select mode. Wondering when I will ever use this feature…

The new version of the plugin includes a pop-up welcome modal for first-time users. There are currently three panels with short introductions to what blocks are, how to use them, and getting to know the block library.

Ideally, the modal will link out to more extensive documentation in a future iteration. Right now, the information provided does not go into much detail. It feels like a message to say, “Hey, check out this shiny new thing.” However, there needs to be more substance for it to be helpful for first-timers. 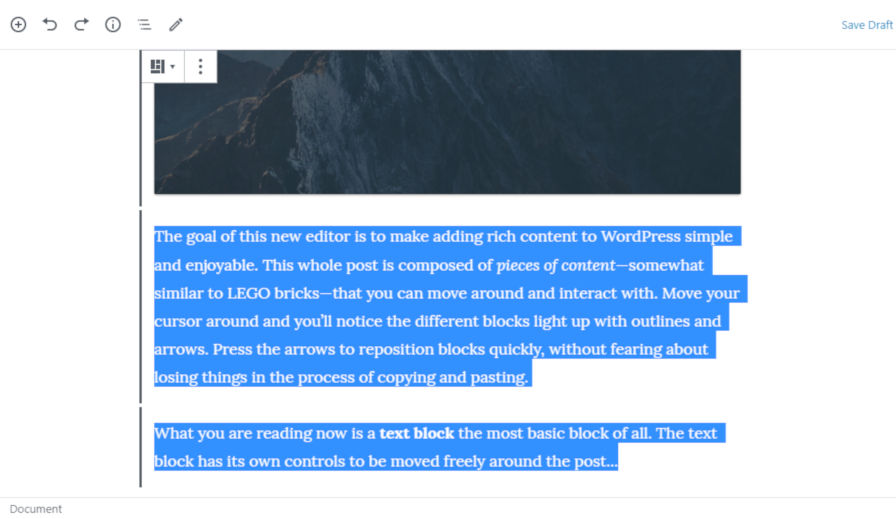 Selecting multiple blocks at once.

The block editor now incorporates a nicer native multi-block selection process. The first aspect of this change is to use the native selection color, which improves accessibility. It also uses native selection behavior when selecting multiple blocks.

The second part is important because it paves the way toward partial block selection in a future release. Currently, when selecting text across multiple blocks, the editor extends this out to select all text from the selected blocks. In the future, it should be possible to select only part of the text across multiple blocks. This would be consistent with normal text-based editors where users can select the last sentence from one paragraph and the first from the next, for example.

Selecting multiple blocks and pasting new content works correctly in 7.1. In the past, the rich text component handled pasting. This resulted in the blocks being split and the pasted content inserted between the split. The block editor now handles the pasting process. This allows users to completely replace multiple selected blocks with a paste. 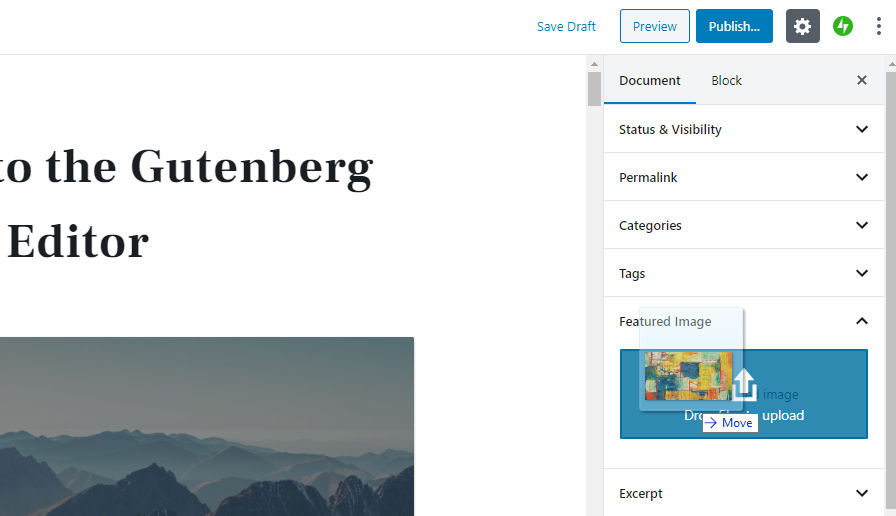 Dragging a featured image from the desktop. 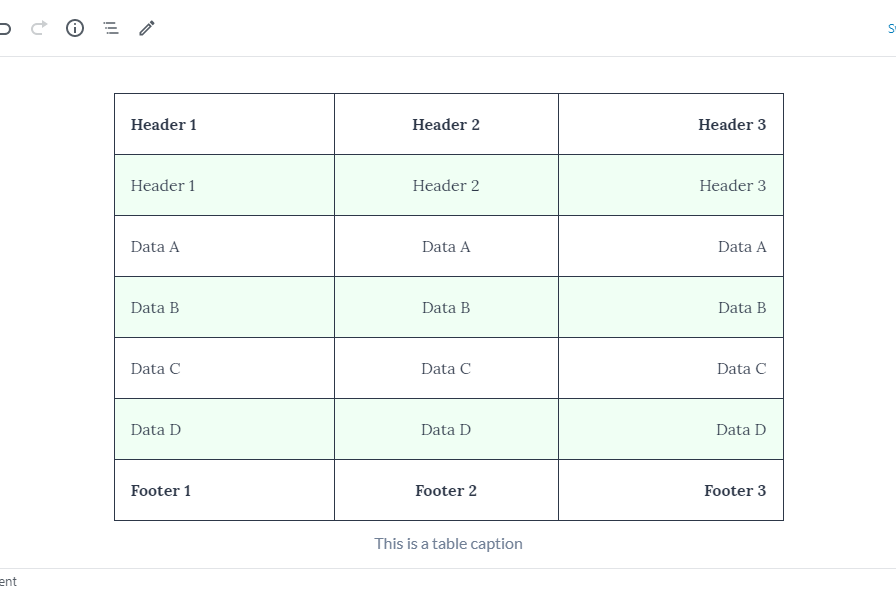 Adding a caption to the table block.

For those who have long waited for a true table

A year-old ticket that was opened for a table caption feature was closed with a solution matching that of other blocks with captions (e.g., image, gallery). The pull request featured a lengthy discussion over the technical limitations of how to best handle the feature. Ultimately, the decision was to wrap tables in a