The GiveWP team announced an extension of its flagship donation plugin for allowing peer-to-peer (P2P) fundraising in late September. The solution should make the project even more appealing than before for those looking to break from third-party donation services and go the self-hosted route. The first version rolls out individual and team fundraising pages, leaderboards, campaign sponsor support, and more.

In the past, GiveWP offered a simple solution for setting up donations on a website. People could use it for everything from nonprofit organizations to fundraising smalltown baseball team jerseys. However, any efforts to raise money fell squarely on the site owner’s shoulders.

The Peer-to-Peer add-on changes that by allowing people who support a particular cause to be both an evangelist and a fundraiser for the project.

“Peer-to-Peer is a unique form of fundraising,” said GiveWP co-founder Matt Cromwell. “To date, GiveWP has been focused primarily on the single donation form. But Peer-to-Peer is about grouping individual fundraisers into teams, each with their own form and campaign goal.”

The extension allows site owners to create an overarching campaign while breaking it down into smaller individual or team-led sub-goals. For example, a campaign can have a donation goal of $100,00, but teams can reach for smaller chunks of that, such as $10,000. Ultimately, all donations are pooled together into the campaign total.

“This is a type of fundraiser that nonprofits use to raise significant funds,” said Cromwell. “These aren’t one-off simple fundraisers typically.”

The extension adds a bit of gamification to fundraising campaigns. Individuals and teams are both added to separate leaderboards, showing their rank among their peers. 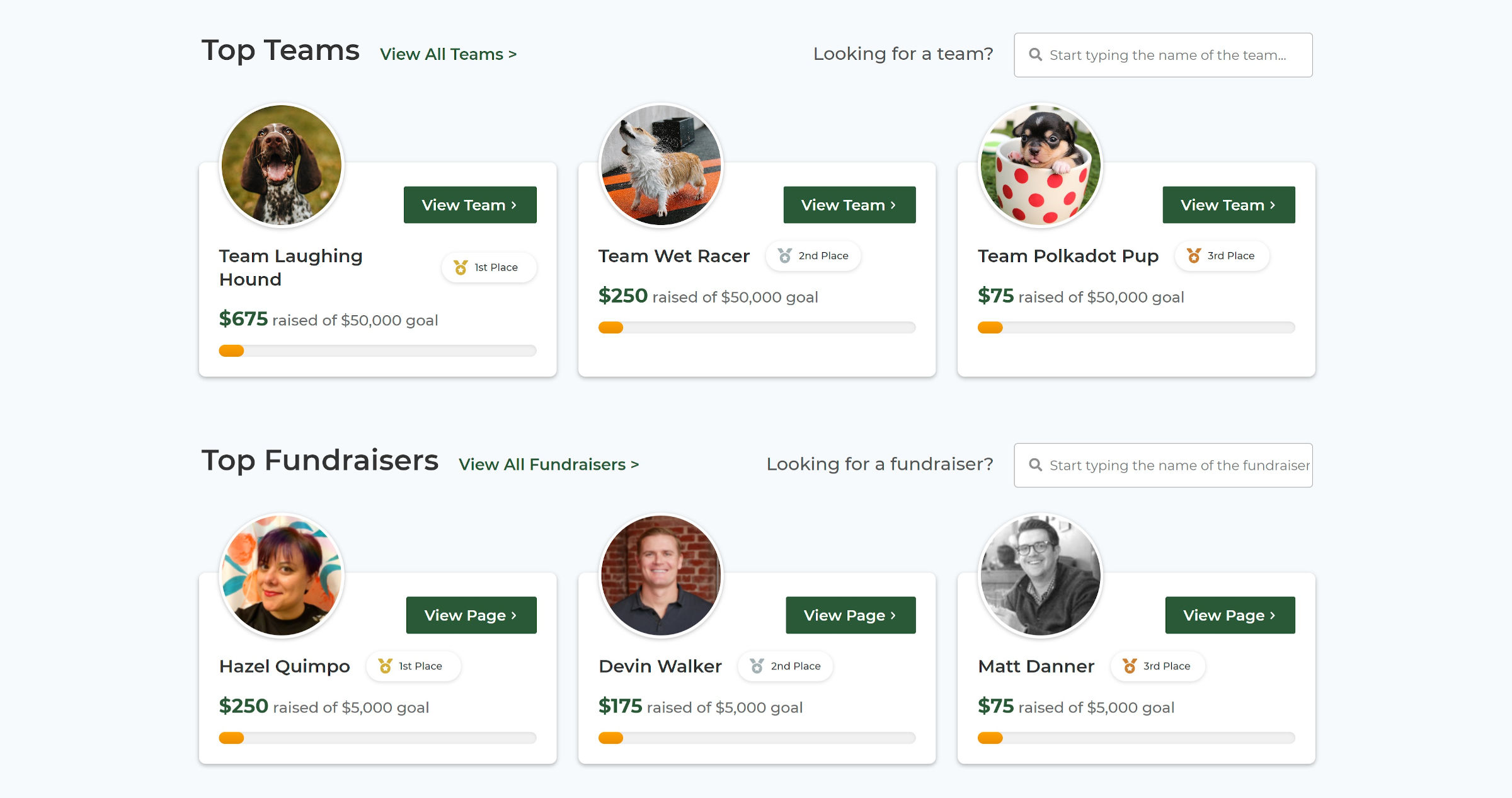 Individuals and teams can do more than just compete for the top rank on a campaign. They can customize their own fundraising page. It is this social element that helps bring a bit more humanity to a project.

“Examples of this type of fundraising are the Susan G Komen ‘Race for the Cure’ or the Boston Marathon,” said Cromwell. “Individuals sign up to be team captains, they recruit team members. Members have goals that lead to the team goal. All teams together go toward the total campaign goal.”

There are times when some fundraising efforts can feel a bit faceless, almost corporate-like entities asking for donations. When you start adding people from outside an organization to do some legwork, they may feel like part of something bigger. 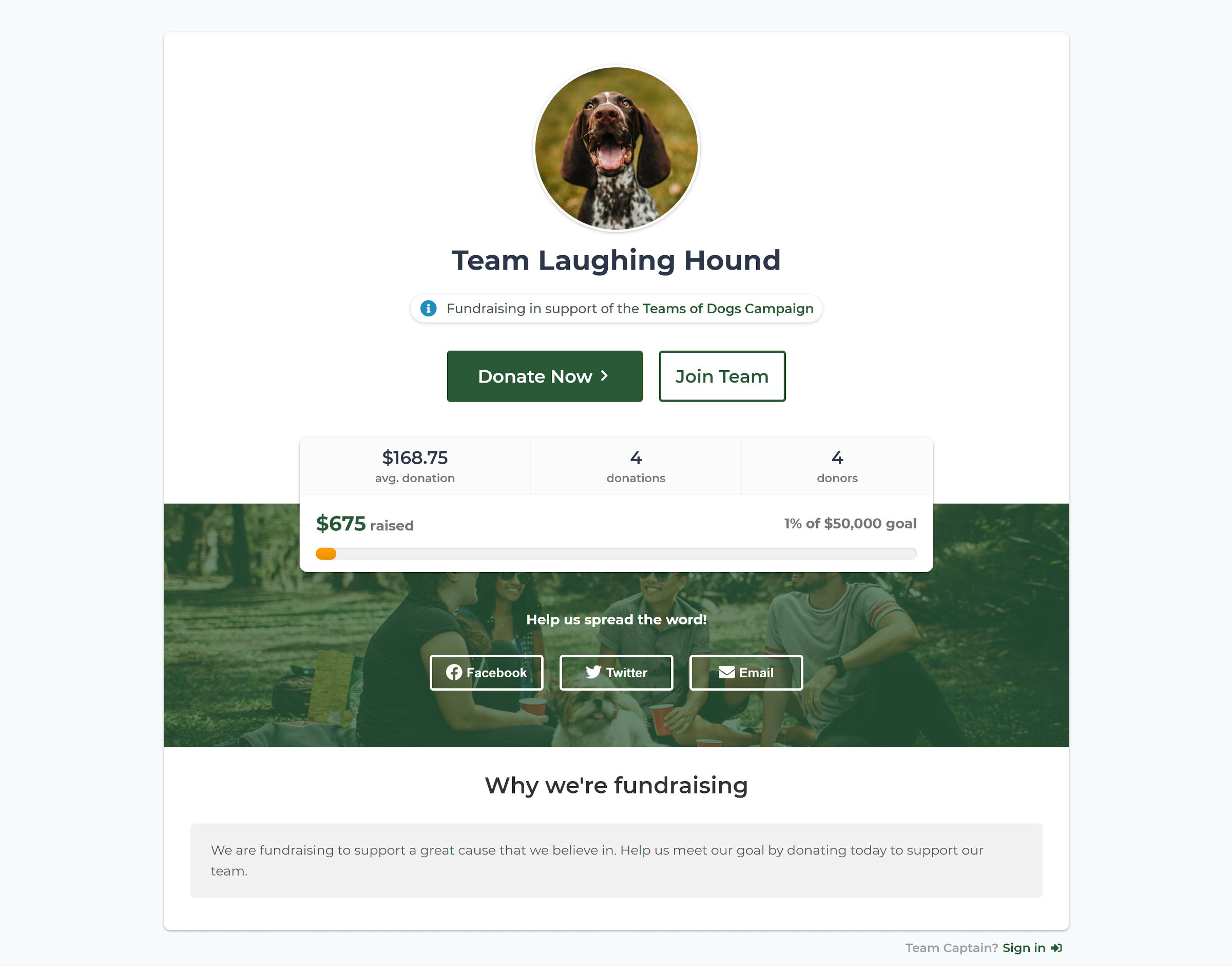 “Of course, we consulted with our customers, we held a Town Hall to get their input and feedback,” said Cromwell. “Our customers have been asking to do this type of fundraising for years. We have a lot of input on this in our feedback system. The human element is part and parcel to the success of this popular form of fundraising.”

A P2P solution was the top-voted feature request through the GiveWP feedback system. As for the future of the add-on plugin, it is easy to see what the GiveWP’s users are asking for through its own feedback channel. Currently, there is no shortage of ideas.

“We are dedicating at least two developers per development cycle over the next few cycles to continue to improve and enhance P2P based on the ongoing feedback we get from our users,” said Cromwell.

He did not give any specific details about other projects the GiveWP team is working on. However, he did note that they are excited about providing more solutions for nonprofits.

“We’d love to see our team providing more solutions outside of only the donation form side of things,” he said. “Nonprofits need stable, beautiful, and performant websites, and we think we can help on that front now too.”

WordPress 5.9 Rushed “In A Dangerous Way” Is Now Delayed